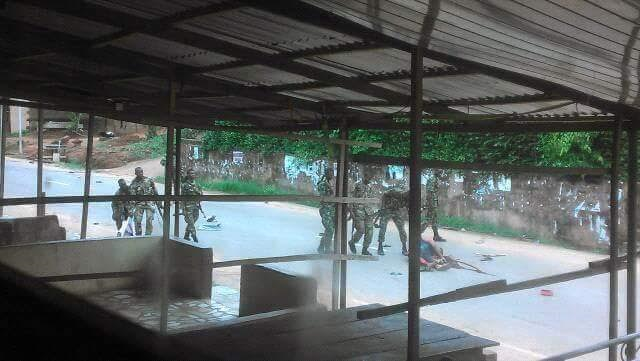 Dear  Gentlemen at the drafting and editorial office of PER I DIRITTI UMANI,

the Indigenous People of Biafra(IPOB) would like to bring your attention to what is happening in Nigeria between Nigerian Government and Biafrans. I’m sure you must have heard of Biafra and the civil war between Nigeria and Biafra called “Biafran War” between 1967-1970 in which more than 3 million Biafrans died. Today, after 45 years nothing has changed, we Biafrans are always been targeted by the Nigerian government, being killed every day.
They made us slaves of conquest for years but today Biafrans want to be free, we want our Freedom. We want our nation of the Republic of Biafra. Silence or the support of the British government in 1967 to Nigeria, by virtue of time has proven to be a mistake and should be corrected. Civilization must be free of hypocrisy and it would be in the interest of civilization to correct the mistakes of the past through the unequivocal support of the movement of Biafra (IPOB). Biafra land produces the resource that sustains Nigeria, the resource is exploited to their ruin. Biafraland is contaminated and leaves Biafrans in poverty and vulnerable to disease. The wealth gained is shared among Nigerians and excluding Biafrans and Biafrans die in Biafraland and in the Mediterranean Sea, trying to cross Europe for survival.

The Department of State Service of Nigeria (DSS) kidnapped and arrested Mr. Nnamdi Kanu, a British citizen and Leader of IPOB and Director of Radio Biafra and Biafra TV  on October 14, 2015 in Lagos, and he was accused falsely of engaging in terrorism and Treasonable felony.  On the contrary, Mr. Nnamdi Kanu has been a quiet but outspoken leader, a leader who with his mouth wisdom and truth brought much needed attention to the situation of Biafrans. There were mega protests in all cities of Biafra in solidarity with the arrest and illegal detention of Mr. Nnamdi Kanu. Many Biafrans were killed and continued to be killed by the Nigerian government and Army during the protests despite the fact that Biafrans always protest peacefully and unarmed. Biafrans never killed or harmed anyone. We have suffered, we have been killed, tortured, enslaved and marginalized in Nigeria.

Since President Buhari was elected, human right abuses have become characteristic of Nigeria polity on the one hand the atrocities of Boko Haram against the population, on the other hand indiscriminate arrests, torture, extrajudicial detention and killings, extortion and violence committed by the military, the DSS and police have become an everyday phenomenon. Finally, the massacres by the police, army and navy of innocent  unarmed Biafrans protesting peacefully around Biafra land in solidarity with their leader Nnamdi Kanu has gone down in the history of Nigeria as the only country where the Government promotes violence against the rights of the citizens with impunity. 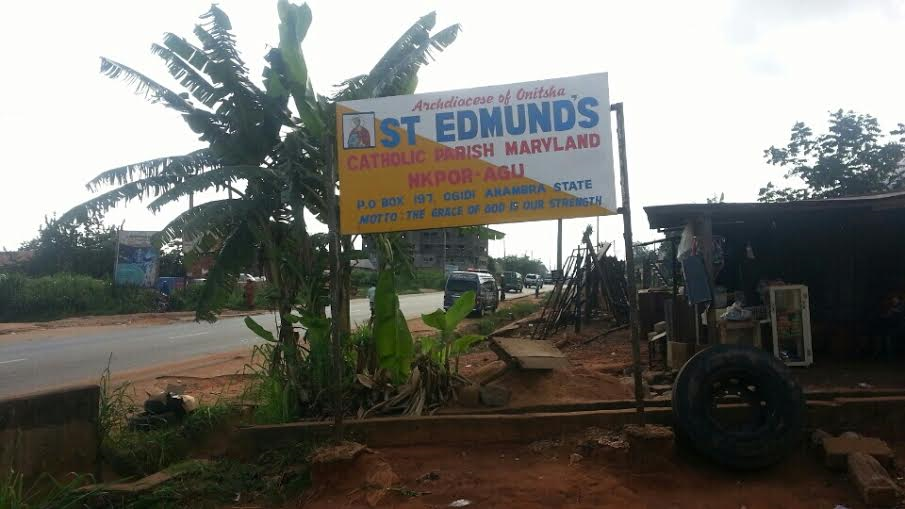 We (IPOB) are fighting for the freedom of the people of Biafra. We have the right to self-determination and there is no intimidation or murders that can ever stop us. The people of Biafra are asking all the leaders of influential countries,  human rights NGOs to intervene before there will be a repeat of the 1967—1970 saga. We demand the immediate and unconditional release of our leader Nnamdi Kanu.

The OEAS (Organization of Emerging African States) has officially written to EU in defense of Biafra, and to the United Nations to conduct a referendum for the independence of the State of Biafra within 90 days. The EU responded to the call for a referendum for Biafra to OEAS, saying that self-determination and the changes of borders must comply with their international legal. The European Union has also indicated that it will only recognize a State of Biafra through international law and not for the armed secession. This is all that IPOB and Biafrans are doing for years. We are peaceful people. We don’t use force, violence or arms.

I would like to bring your attention carefully on President Buhari’s planned war-like events against Biafrans at the Onitsha Niger Bridgehead have clearly revealed that the Hausa-Fulani segment of the Nigerian Army have declared a Second Civil War  against the Indigenous People of Biafra;
On the 2nd and 17th December 2015, a total of  25 innocent citizens were killed at the same Onitsha Niger Bridge by the same Hausa-Fulani soldiers attached to the 302 Artillery Regiment of the Nigerian Army, Onitsha led by an Hausa-Fulani born Army officer, Col Issah Abdullahi.  Over 40 innocent citizens were also critically injured following live bullets targeted at them and shot at close range.  The two butcheries resulted to instant death of 21 innocent citizens while four others shot at the chest, head and abdomen regions of their bodies died later in hospital  as a result of deadly injuries sustained. In the 2nd of December killings, 13 innocent citizens were shot dead and over 20 sustained deadly gunshot wounds. At the Multicare Hospital alone, 14 critically shot citizens were admitted, out of which, four died. And in the 17th of December killings, 8 innocent citizens were murdered by soldiers and 20 others sustained deadly gunshot injuries, out of which, 13 were admitted at the Multicare Hospital alone. The Government of Muhammadu Buhari is dangerously pushing the Biafrans to the wall. It has started with open and unprovoked mass shooting and killing of unarmed innocent Biafrans for exercising non-violently and peacefully their constitutional and treaties’ rights;

On Day-1 (February 9th, 2016) of our 4-day protest, a combined team of the Police and Army shot dead 8 persons in Aba while Abia state, Imo state, Igwuocha coordinators including other members were taken away. They also took the corpses without letting any one picture them.
In addition,  the military also set  National high school Aba ablaze and will tell the world that IPOB did it.
The world must know the truth, including what Buhari and his murderous agents are doing in Biafraland.
An eyewitness at Aba protest ground said the following:

“Army man told me yesterday that reason why they withdrew them from north east to southeast is to kill any one who mentioned Biafra. He said that the orientation giving to them by Buhari was that since one of their main duty is to defend the unity of this country there is no need keeping them in the north, afterall boko haram is never a threat to the unity of Nigeria but Biafra.
Go and kill them without mercy, we can take care of bokoharams, Buhari told them.  He said that am very lucky he is not with a gun, my life would have been wasted. The army personnel said they have come to revenge the death of their Boko Haram brothers on Biafrans.”

Here is a video where you can clearly see the Nigeria Police and Army shooting live bullets and killing innocent unarmed and peaceful Biafrans while they were just praying to their God:

2) Here is the report from Amnesty International Italy: